This blog first began when I moved to Manhattan for my master’s degree and was killing time while job hunting after graduation. During said #funemployment period, I was ferociously hunting down a dress during the Lilly Pulitzer end of summer sale. I was super frustrated to find there was no listing of LP signature stores.  So I created my own and the rest is history. 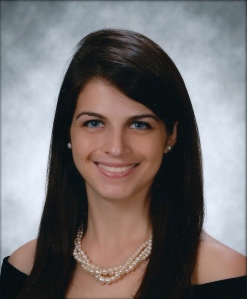 Danielle, a Boston prep relocated to NYC and then back to BOS again. Go figure.

From there, I tried to impart some hard-learned knowledge to make living in the City easier for hopeful new urbanites, from writing tips on how to how to master the NYC bus system during rush hour, to creating a resource guide for the notorious task of  finding a New York City apartment, and even highlighting the correct way to order a New York bagel (yes, there is a wrong way) during peak holiday season. If you’re wondering, these are the 5 dead giveaways that you’re not a New Yorker, and finally – a few thoughts on how to know when it’s time to leave NYC.

And that I did – happily said goodbye to the concrete jungle and moved back to Boston. Don’t worry, my love of Lilly is still going strong and I remain a prep through and through, just in a new city.

Please know that I won’t be in Boston forever though, and fully plan to retire to West Palm by the ripe old age of 75. But for now I’ll keep on jaunting my way around New England. Hope you enjoy coming along for the ride.

Join 156 other followers
Follow Prep in the City on WordPress.com